An electrical fire at Graduation House

The dining room at Graduation House is usually the scene of aromatic smells from delicious meals… not on this day. A quizzical sniff at the air produced the tell-tale scrunching of the nose as the odour of burning plastic filled the nostrils. That sensation was quickly joined by the watering of eyes as smoke wafted over from the ceiling fan switch on the wall.

As the smoke spread, so did the panic! Students and staff scurried about – some screaming others laughing. But a serious situation was unfolding.

Kimna, our Financial Officer – and now unofficial fire warden – hightailed it over from the central office (located in a 3-storey building, just in front of GH). 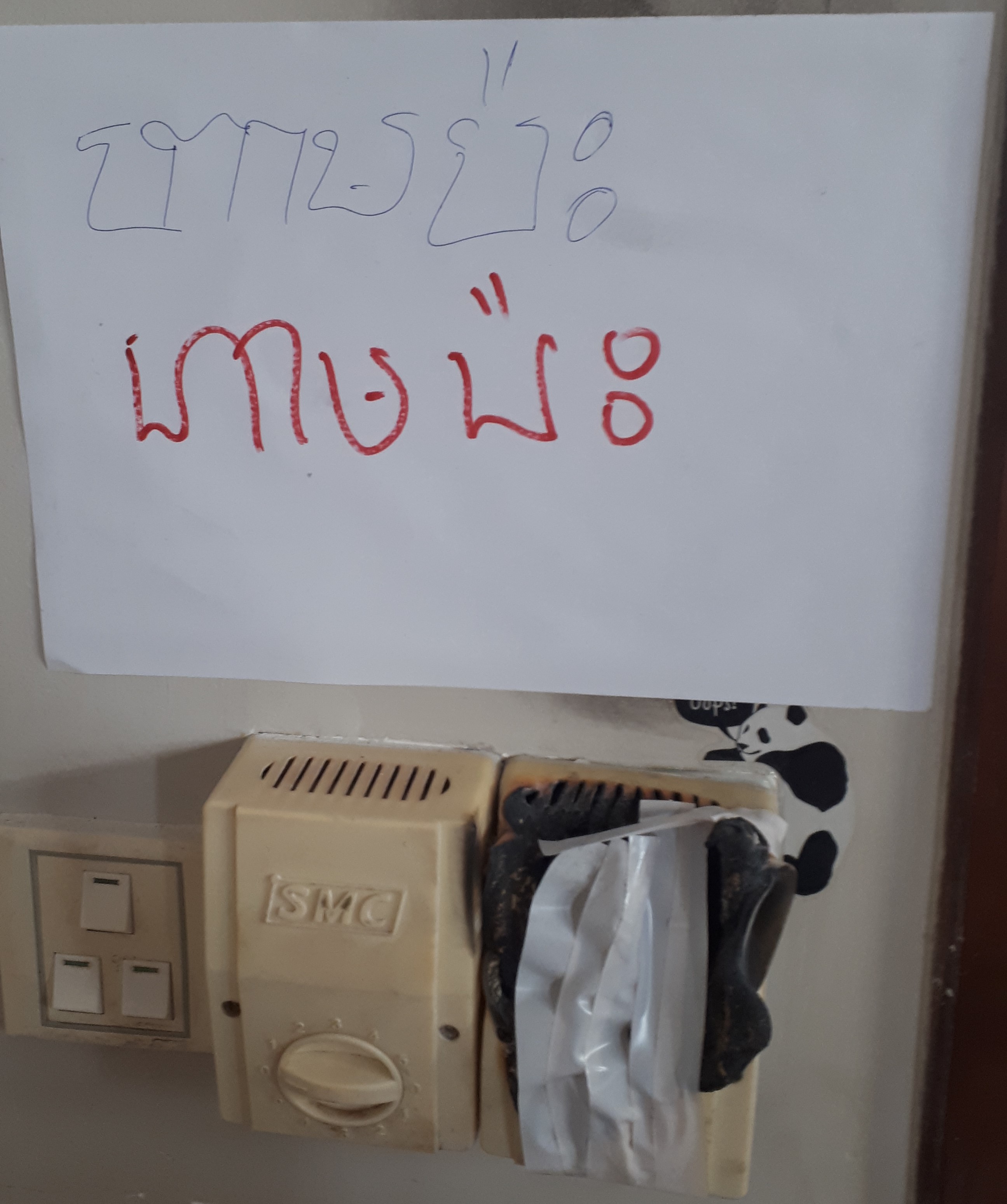 Brandishing a brand-new fire extinguisher, she charged in to take charge.  By nature, Kimma is very calm and steady, so she fronted up to the electrical fire and pulled the pin on the extinguisher. One squirt, two squirts… Nothing, zip, nada – the brand new extinguisher wasn’t working.  Calm and collected Kimna promptly disappeared! She was off to find Gary, our CEO. Practically breaking a land-speed record, Gary grabbed a fire extinguisher from his apartment and headed to the dining room, triumphantly quelling the fire.

Crisis averted, the only evidence that there had been a problem was the horrid smell, a smoke-filled room and a very worse-for-wear wall switch 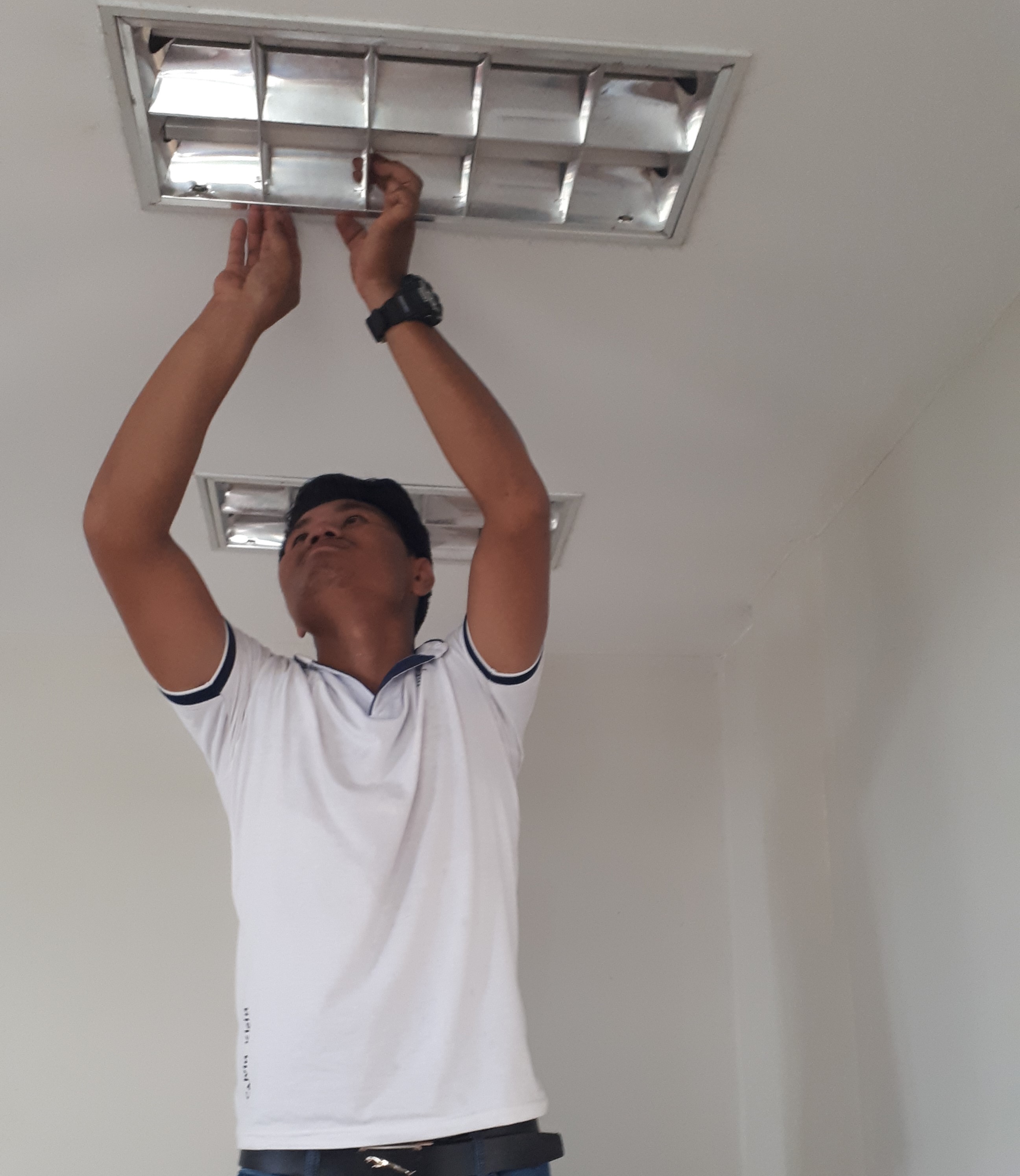 The next day, we called former student Racha to sort the live wires and install a new electrical switch. In 2005 Racha arrived at Sunshine House as small child and made his way through our child development programs. While he was at GH he undertook  vocational training as an electrician. Today, Racha is married and working as an electrician in the community – which proved very fortuitous for us!

Racha spent a few hours at GH, repairing the electrics and catching up with everyone. I fondly noted that the dining room was now restored and back in the swing serving up tasty meals – to which Racha can attest, as he had lunch while talking and laughing with our   staff and students. It is particularly gratifying that past students, who were rescued so many years ago, are now able to give back and pay it forward.

3 Responses to Goodness gracious, thankfully no great balls of fire!